Press enter to begin your search

To mark the centennial of the landmark legislation that granted women the right to vote, WESTAF (Western States Arts Federation), a regional nonprofit arts service organization dedicated to strengthening the financial, organizational, and policy infrastructure of the arts in the West, commissioned the creation of a mural related to Women’s Suffrage in Denver’s Montbello neighborhood. The mural, created by local artist Adrienne “Adri” Norris (@afrotriangle), is located at the Montbello Branch of the Denver Public Library on Albrook Drive. The library, a public epicenter of knowledge and cultural memory, as the site for this work creates a dynamic dialogue with its subject matter as it centers an overlooked history. The artwork’s content challenges and expands the mainstream narrative of Women’s Suffrage and the passing of the 19th Amendment to include the larger and more inclusive story of the fight for voting rights for Black, Hispanic, and minority communities.

Rendered in sepia tones, a historical map of the United States serves as the central image of the mural panel installed to the left of the library entrance, which tells the story of the Women’s Suffrage Movement in the Western United States leading up to the passing of the 19th Amendment. The artwork begins with reference to the 15th Amendment, the ratification of which gave men of color the right to vote in 1870. Below this introduction, Norris traces the reaction to this amendment and the resulting emergence of Women’s Suffrage movements, including Colored Women’s Clubs and the National Women’s Party. The map is surrounded by four portraits highlighting significant figures in the quest for women’s suffrage, including Mary McLeod Bethune, a civil and women’s rights leader who eventually founded Bethune-Cookman University; Elizabeth Piper Ensley, a Coloradan who played a major role in women gaining the right to vote in Colorado before the passing of the 19th Amendment; Adelina Otero-Warren, the first Hispanic woman to run for U.S. Congress; and Dolores Armijo, the New Mexico state librarian who fought and won a gender discrimination lawsuit after the governor sought to replace her. In 1893, decades before the passing of the 19th Amendment, Colorado became the first state in the U.S. to enact women’s suffrage by popular referendum. The 19th Amendment, which gave all citizens of the United States, regardless of sex, the right to vote, officially passed in 1919 and was ratified in 1920.

The mural’s narrative continues on the right side of the library’s entrance with an exploration of suffrage movements after the ratification of the 19th Amendment. Norris depicts scenes of activists who fought against Jim Crow and similar “Juan Crow” laws used to prevent Black and Hispanic Americans from voting. Women of color served at the forefront of movements aimed to end these forms of voter suppression. Once again, the portraits of four prominent figures integral to efforts to combat these injustices are featured: Fannie Lou Hamer, who helped to found the National Women’s Political Caucus; Gretchen McRae, the first Black woman to make the ballot by running for City Council in Colorado Springs in 1943; Polly Baca, the first Latina and minority woman elected to the Colorado State Senate; and Vilma Socorro Martinez, a leading advocate for civil rights for Hispanic Americans. Continuing to the right of the portraits, the mural features the passing of the 24th Amendment, which made poll taxes illegal in federal elections, thereby expanding voter access among historically disenfranchised groups, including communities of color. However, as Norris mentions in the mural’s text, “ID laws, voter roll purges, shorter early voting periods, limited mail-in voting, fewer polling places, gerrymandering, mega districts, and at-large elections are some of the more recent forms of voter suppression.” The final images of the mural coalesce poignantly at the site of the voter ballot return box installed outside the library entrance, functioning as a rousing reminder of the continuing fight for equitable voting practices and a call to action to remain vigilant about one’s rights and to vote accordingly.

As efforts to combat voter suppression continue in the present day, this project serves as a celebration of the efforts of our forebears and an inspiration to continue their legacy in the quest for a more just voting system. While the mural was designed as a site-specific installation, its story holds local, regional, and national significance.

The images featured in this mural were created through a combination of hand-painting and digital rendering, then transferred to vinyl to ensure the outdoor installation’s longevity. This project was made possible through a generous grant from the National Endowment for the Arts and the Federal Women’s Suffrage Centennial Commission. Many thanks to the Denver Public Library staff and the District 11 Office of Stacie Gilmore for their partnership on this project.

To learn more about the project and engage with the artwork, visit www.publicartarchive.org/westaf-womens-suffrage-mural-project.

Visit the Artwork Record on the Public Art Archive

"A love of creating art and a passion for learning led to my niche as an artist: to tell the stories of women in history through art. The turning point came in my early 30’s, after years of drawing and painting. I discovered the stories of several impressive women—women I’d never heard of—and watched those women show up in my paintings. I saw the portraits come alive and knew I had found my calling as an artist. Today I use art as a platform for my work with schools and in the community." 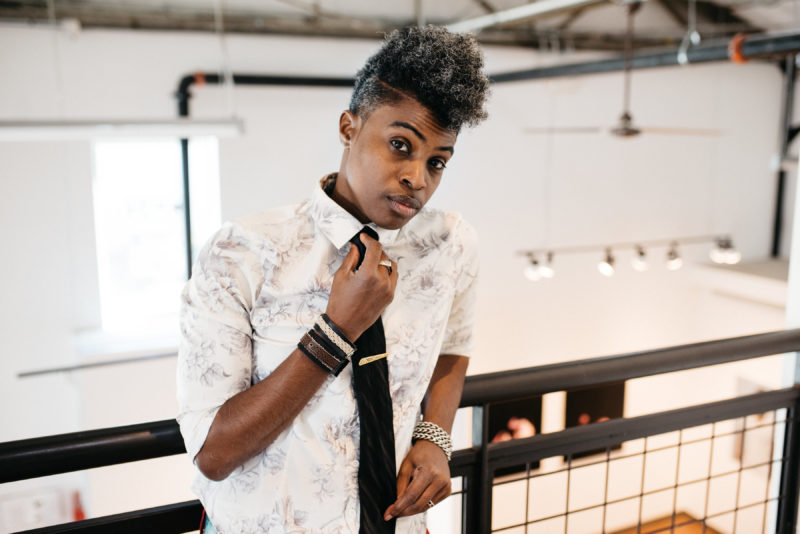 Born in New Bedford, Massachusetts to parents who had been enslaved, Elizabeth Piper Ensley (1847-1919) was an active leader and educator in African American women’s clubs and the Colorado women’s suffrage movement. Ensley played a major role in gaining the right to vote for women in Colorado years before the 19th Amendment passed.

Mary McLeod Bethune
Mary McLeod Bethune (1875-1955)
Mary Jane McLeod Bethune became one of the most important twentieth century black educators, civil and women’s rights leaders and government officials. Born to parents who had been enslaved, Bethune eventually founded a college that set the precedent for educational standards for today’s black colleges. She was an advisor to President Franklin Delano Roosevelt.

Dolores Armijo
Dolores Armijo
(1858-1929)
Armijo was the New Mexico State Librarian, who, in 1912, filed a gender discrimination lawsuit after the governor sought to replace her by court order—citing that as a woman, she was unqualified to hold office. The New Mexico Supreme Court ruled in Armijo’s favor. Legislation followed that allowed women to hold appointed office in the State of New Mexico.

Adelina Otero-Warren
Adelina Otero-Warren (1881-1965)
Otero-Warren was the first Hispanic woman to run for U.S. Congress and the first female superintendent of public schools in Santa Fe, New Mexico. She emphasized the necessity of the Spanish language to reach Hispanic women in the fight for women’s suffrage and strove to improve education for all New Mexicans, emphasizing the importance of preserving cultural practices among the state’s Hispanic and Native American communities. Read More
Gretchen McRae
Gretchen McRae (1898-1978)
Originally from Surry, North Carolina, McRae moved to Colorado Springs as a young girl. She moved to Washington, D.C. where she held clerkships for the U.S. Government and attended art classes at Howard University. After returning to Colorado Springs, McRae became the first black woman to be included on the ballot in the 1943 City Council election. McRae also became known for her publication A Free Republic, which highlighted inequalities in minority communities.

Polly Baca
Polly Baca (1941-)
Baca was the first minority woman to be elected to the Colorado State Senate and served in the Colorado legislature for 12 years. She was also the first Latina woman to co-chair a National Democratic National Convention and the first Latina to receive a major party nomination for the U. S. Congress. Baca was regional administrator of the General Services Administration of the Rocky Mountain Region, as special assistant to President Bill Clinton and as director of the U.S. Office of Consumer Affairs. Read More
Vilma Socorro Martinez
Vilma Socorro Martinez (1943-)
Since the early 1970s, Mexican American attorney and activist Vilma Martinez has been a leading advocate for the civil rights of Hispanic Americans. Martinez worked for the Legal Defense and Educational Fund of the National Association for the Advancement of Colored People (NAACP). She served as the attorney in the case of Griggs v. Duke Power Company, a landmark action that ultimately went before the U.S. Supreme Court and helped establish the doctrine of affirmative action.

Transformation at the Site: 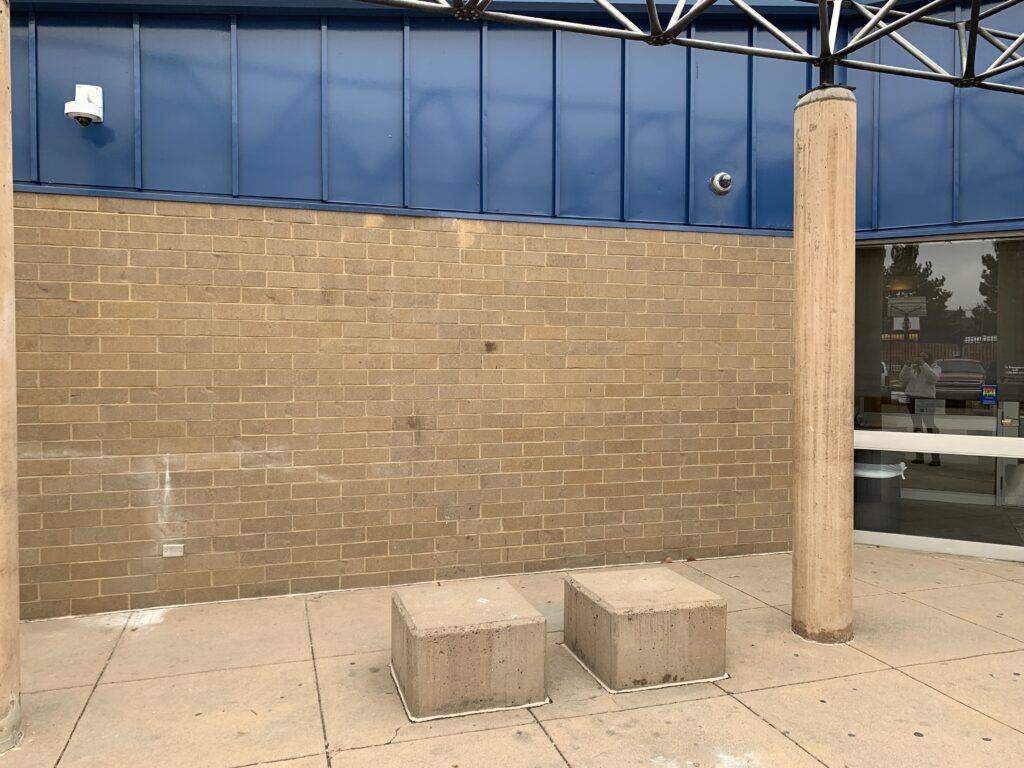 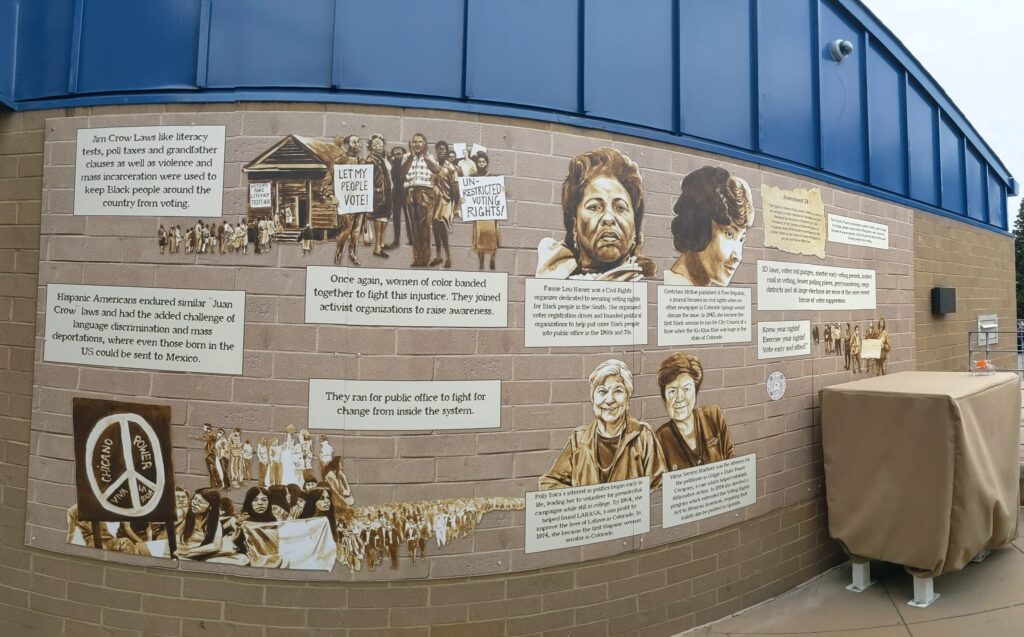 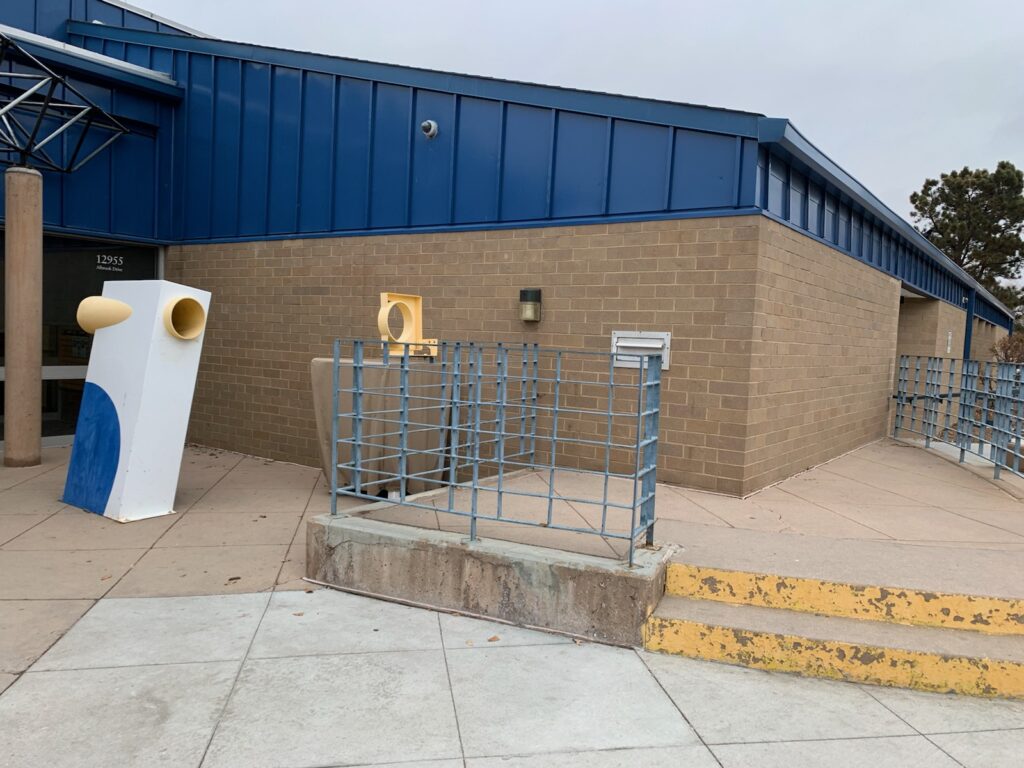 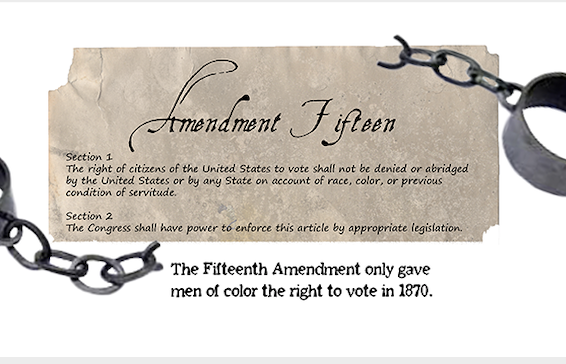 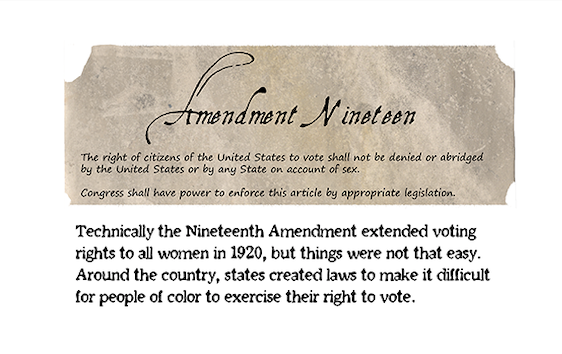 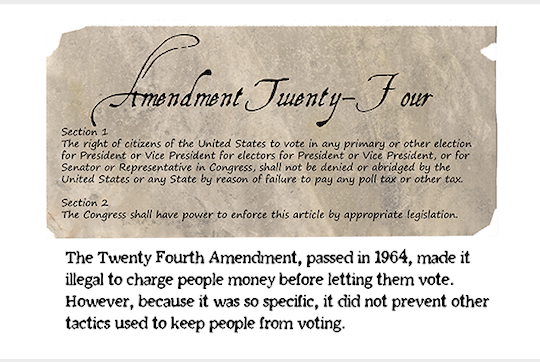 I Am Denver: Polly Baca

Thanks to the following people and organizations for project support:

WESTAF (the Western States Arts Federation) is a regional nonprofit arts service organization dedicated to strengthening the financial, organizational, and policy infrastructure of the arts in the West.  For more information about WESTAF, visit westaf.org.

To submit to PAA, follow the instructions on our Guide page.